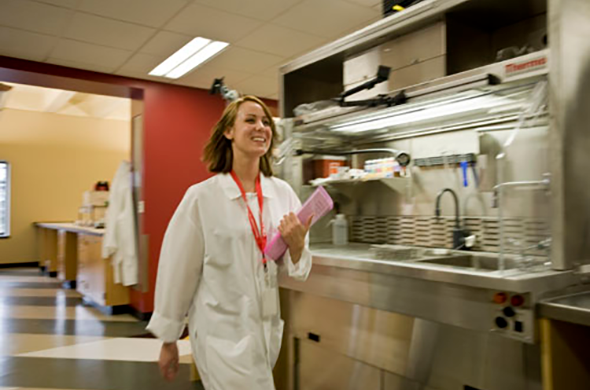 In early 2017, two large Western Washington pathology groups, CellNetix and PSIP, merged to create a company with about 70 doctors and 400 employees working in 25 hospitals, labs and offices in Washington and Alaska. In many ways, it was a typical merger.

But here’s the twist: CellNetix had an on-premises Exchange 2010 system while PSIP was using Office 365 Exchange Online. In this case, migrating PSIP users from cloud to on-premise email didn’t make sense because CellNetix already owned Office 365 licenses but had not yet started their migration. And since a critical part of the merger was getting the two businesses working from a single email system as quickly as possible, a fresh solution was needed.

To help solve this riddle, CellNetix hired EXP to design and implement a strategy to migrate CellNetix from their legacy Exchange Server to Office 365, while at the same time merging PSIP’s existing Office 365 mailboxes to the CellNetix tenant.

The key to this solution was the speed of the PSIP email migration, which helped the two businesses begin communicating quickly on a single email platform. The hybrid configuration was non-disruptive and transparent for CellNetix yet allowed the PSIP mailboxes and domain to be migrated directly to Office 365 rather than the legacy Exchange 2010 server. CellNetix could then migrate their mailboxes at their leisure with zero downtime while maintaining a fully integrated mail system the whole time.

EXP services on the project included:

EXP completed the entire engagement in just 21 days of billable labor including project management, execution and support. Over the duration of the project, CellNetix staff experienced zero downtime, and PSIP had only two planned weekend days of downtime.

“EXP handled the heavy lifting while keeping our team engaged and informed as necessary including training my team to accomplish some tasks, which cut our costs. The project went off without a hitch, and on budget, and we have maintained our hybrid configuration to this day because it works so well.”

Sean Rowe, VP of IT